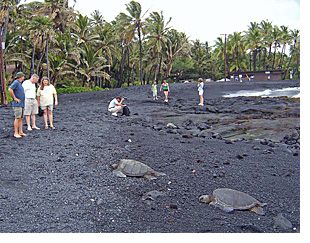 Alternately munching creamy macadamia nuts and sipping robust island coffees, we head for Ka’u…and volcano country. Along the Big Island’s backside, my hubby and I investigate the Hawaiian archipelago’s most unpopulated district, a vast landscape the size of Oahu.

Before settling into our Ocean View digs, we hike a three-kilometer interpretive trail in the 25000-acre Manuka Reserve. Sweet birdsongs and wild boar hoof-prints accompany us across ancient lava flows, through luxuriant rainforest and past old agricultural sites.A deep, greenery-covered pit crater marks the halfway point. We valiantly practice melodic Hawaiian plant names all along the well-marked lava rock trail; except for gnarled kukui nut trees, we recognize few of forty-eight native and one-hundred-and-thirty introduced species.

Standing beneath spreading branches vibrating with wildly chirping birds, my hubby quips, “Hey! No pods!” I snort, “No monkeys, either!” Although the original tree-trunk blew down during a hurricane in 1957, it has fully re-grown.

Originally built as a turn-of-the-century Japanese Mission, today’s brightly coloured temple sits amid eucalyptus, stately palms and bamboo. Wild jasmine and ginger perfume the serenity of our stroll in one of Hawaii’s most secluded spots.

At the end of the road, spectacular windswept sea cliffs jut into the turbulent Pacific. Considered first landfall in the islands for seafaring Polynesian explorers, remains found in lava tube caverns riddling this area suggest settlements as early as 200AD.

And at an ancient Heiau platform near Ka’Lae light beacon, fishermen continue to leave branch coral, bamboo poles and fishhooks, gifts for the god of fishermen. 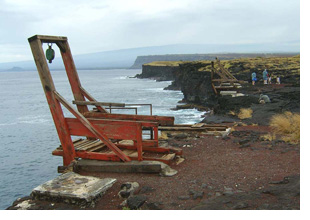 Near these wooden platforms, azure-blue seawaters surge up the sides of a puka in the lava…and gently recede. With meticulous timing, divers leap into this deep hole, ride through the lava tube into open ocean…climbing back up the cliff on rusty ladders…

Before leaving South Point, many trek more than 2-miles across a grassy plain…buffeted by vigorous headwinds…to an arduous trail down to Mahana Beach, aka Green Sand Beach and its unusual golden-green olivine sands.

Our last day, we rediscover ever-popular Hawai’i Volcanoes National Park, brimming with highlights. With maps and hot tips supplied at the Visitor Centre, we start near the parking lot where a paved trail and boardwalks meander through pungent Sulphur Banks. 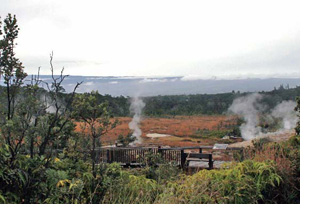 Passing through 17-kilometers of rainforest and barren wilderness, Crater Rim Drive encircles Kilauea’s summit, the legendary home of the Fire Goddess. As they have for centuries, offerings to Pele line the immense caldera’s rim; rocks wrapped in ti leaves, leis and bananas appease her blistering wrath.

Devastation Trail later leads us through a fern and ohi’a forest destroyed in 1959 by Kilauea Iki’s eruption. And through luxuriant rainforest alive with birdlife at Thurston Lava Tube, we wind under a lava field in a mammoth cave 500-years-old.

Outside the Park, we detour into Kipuka Pu’alu where “Bird Island” has escaped centuries of eruptions and lava flows. A tranquil 30-minute walk teems with tropical birds thriving in the age-old forest.

Before leaving Ka’u, we toast roads less traveled with award-winning wines at Volcano Winery. Over Macadamia Nut Honey, Volcano Blush and Hawaiian Guava we conclude: there’s much more than first meets the eye in Ka’u, Hawaii. 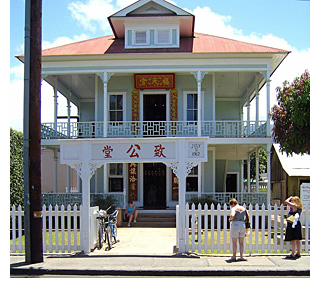 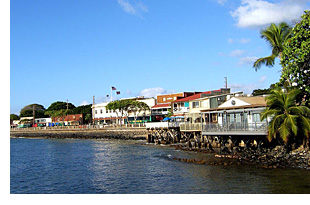 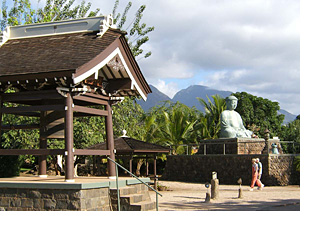