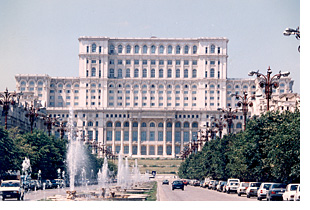 Think of Romania and almost instantly your mind will wonder to Transylvania and visions of Dracula. However, that’s not all that Romania is about and on a recent trip to this historical country, visions of garlic and crucifixes were far from my mind as I did 24 hours in Romania’s capital of Bucharest. I arrived in Bucharest by car after having toured the countryside for a week getting a real feel for the Romanian landscape. Bucharest was quite different than I expected and it was not long before I learned that this city had once been called “Little Paris.”

It’s not hard to understand why with the wide, tree-lined boulevards, the Belle Époque buildings and the classical architecture just about everywhere — only interrupted because of the unfortunate Communist rule, which therefore stunted the growth of just about everything.

Nowadays, it seems that Bucharest is moving into the future at an unbelievable speed and on my first night there I attended a concert at the Opera House. It turned out that my guide’s uncle was giving a piano recital and the music was amazing, old and timeless.

The atmosphere in the Opera House was divine and even as I sat in the velvet upholstery chairs with years of wear I realized that I was just one of thousands who had sat in this exact same place enjoying the same sort of satisfaction.

The following morning I was off to the Palace of the Parliament, the National Art Museum, the Romanian Peasant Museum and a few more surprises.

The Palace of the Parliament is about as unbelievable a place as any that one will find in a European city on the continent. It speaks of the Communist rule in the worst sort of way even though it was called “The House of the People,” by those in charge at that time.

It is, amazingly, the world’s second largest building after the United States Pentagon and it daily serves to remind the people of Communist rule in Romania. The building was actually commenced during that time period, however, amazing art graces the walls, balconies look toward the city and 1000 rooms inside reflect the work of Romania’s best artisans and architects. 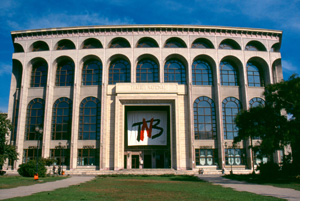 Over at the National Art Museum I found there were over 70,000 works both in the national gallery that exhibits Romanian artists and a world gallery exhibiting western masters such as Rembrandt and Renoir.

The Romanian Peasant Museum has a collection of folkloric agricultural tools, household appliances and apparel and it’s a must see. After the museums I headed to lunch at a small neighborhood café across from the Spanish Embassy. The neighborhoods in Bucharest are quaint and nice and each street tells a story from long ago or, in some cases from much more recent times.

Bucharest was said to have be named after a shepherd named Bucur who could apparently play a mean flute, thus dazzling locals way back when so much that the city was named after him. In the 19th century the city was remodeled by French architects, and thus, this is where it gets its “French feel.” In fact, you can even find the Triumphal Arch on Soseaua Kiseleff, which is a boulevard in Bucharest that is even longer than the Champs-Elysees. 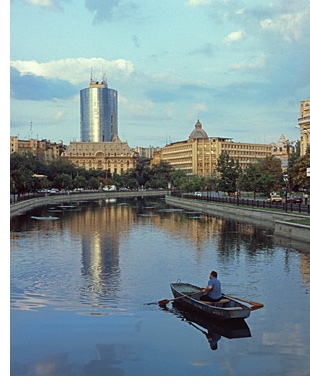 My final stop before going to bed that evening was at a Gypsy’s house where I told my guide I wanted to spend no more than $20 on my fortune. However, it doesn’t work that way in Romania and before I knew it I was out of the car and we were sitting in this woman’s parlor where she was telling me it would cost $100 for a reading.

After I stopped laughing I told her I was out of there and then she countered her offer and made it, surprise, $20. However, my guide got ill (from the evil eye he presumed) and we had to leave anyway and me without much of a reading.

I did learn that my love life was in shambles and a curse had been put on me by a bad person who did not like me. I decided to take my chances instead of pay her the $200 she requested to turn my love life around. I figured I could do my own spells and expect a better outcome.

The Gypsy fortune telling is a gas, but buyer beware. Of course, that’s another thing I love about Romania – the Eastern European feel, the fact that Gypsy’s really do still drive down the road in horse-drawn caravans and people really are still nice and genuine and always willing to help.

Bucharest has 37 museums, 22 theaters, opera houses and concert halls, 18 art galleries and an innumerable number of main attractions for the visitor.

No, I couldn’t do it all in my short time there, but I tried. So can you and believe me, it will be well worth it to have the chance to enjoy this eastern European city before it is teeming with western tourists and touting the new currency of the Euro, which will happen too soon in the future when the country enters the European Union.

Photos courtesy of the Romania Tourist Office:
1: Front view of the Palace of Parliament.
2: The National Theatre.
3: The new overlooks the old in Bucharest.