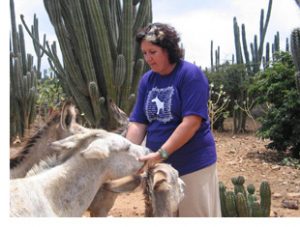 It’s easy to stick to the beaches when you’re visiting the Caribbean isle of Aruba. But head off the beaten track along a dusty road not far from the Arikok National Park and you’ll find yourself in the company of gentle-eyed beasts who want nothing more than a loving hand on their back and some kind words.

The donkeys at the Aruba Donkey Sanctuary welcome visitors and approach with curiosity, eager to make their acquaintance. It’s been 11 years since their sanctuary was created and in that time they have learned to trust people, despite the years of maltreatment many of these animals have endured.

You can tell a lot about a country by the heart of its people, and in particular, by their collective treatment of the humblest among them. The Aruban donkey was once essential to islanders’ transportation, and has been a resident for 500 years, ever since the Spanish introduced them as a form of transportation.

When cars and buses became commonplace on this arid Caribbean isle, however the donkeys, who had numbered close to 1,000 in the early 1900s, were rendered redundant. Many locals set their donkeys free or sold them to the circus where they were butchered for tiger food. The government resorted to shooting stray donkeys until by the 1970s there were only 20 left. 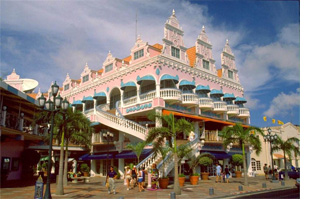 Fortunately for those remaining donkeys, two local islanders, Ramon Boekhoudt and Mervine Kock, gathered a group of supporters and decided to open a donkey sanctuary in April 1997. “We were compelled to try and help the donkeys after seeing them killed by cars and people, maltreated, poisoned and left to die tied under a tree without water and food,” Boekhoudt says.

In the region of Santa Lucia on donated land, they created a refuge of 15,000 square meters where the donkeys could live out their days happily and safely. Today volunteers care for some 60-odd donkeys, all of them heavily inbred donkeys that hail originally from North Africa. There are still approximately 100 donkeys wandering wild in Aruba.

“We castrate our male donkeys as soon as they arrive now, to prevent further inbreeding,” explains Desiree Eldering, a volunteer from Holland who has been working with the donkeys for the past decade. “Our hope is to bring in fresh blood by introducing donkeys from Venezuela or Columbia, either by bringing in a stallion or artificially inseminating the mares.”

Eldering loved horses until she met the donkeys and found herself captivated with their friendly nature. She knows them by name and relishes her time spent with them, relaying stories about each one.

“Those two just clicked when we put them in an enclosure together,” she says pointing to two animals huddled close together. “Today they are inseparable.”

Some have suffered abuse at the hands of islanders, like the first donkey to arrive at the sanctuary, who had endured boiling water thrown on its back by a group of youths.

The Aruba Donkey Sanctuary hosts school groups and tourists, its goal to educate the public about these sweet natured creatures, and in the process, reduce animal maltreatment. It’s working and people are changing their ways, says Eldering.

“Ten years ago there were many more stray dogs and cats than there are today on the island,” she explains. “There was a time when the veterinarians’ offices were empty because people just didn’t care if their animals were sick. But today, they do care and those offices are busy.”

The non-profit sanctuary, which operates without a cent of funding from the Aruban Government, raises funds to care for the donkeys through donations, souvenir shop sales and an adoption program, where members of the public adopt a donkey by paying $180 for its annual upkeep. 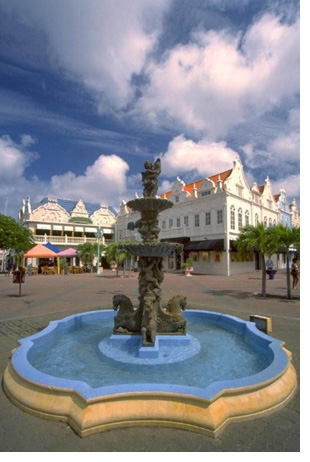 But money remains scarce, and the goal of importing fresh donkeys from South America to end the inbreeding won’t happen without an injection of financial assistance. “What we need is money to maintain these poor and helpless creatures,” Boekhoudt says.

On this blistering hot day on the island, however, their future looks bright and promising. The volunteers are clearly happy to be at the sanctuary, and an hour after its official closing time, visitors are still coming through the gates and receiving a warm welcome from both the donkeys and the volunteers.

We stroke their rough skin, laugh as they try to munch our backpacks and leave with fluffy miniature versions of these braying creatures.

We hope their life on Aruba will be dominated by benevolence rather than the cruelty of years past.

The Aruba Donkey Sanctuary is located in Santa Lucia. Hours are 9am-12:30pm Monday through Friday, and 10am-3pm on weekends. Admission is free but donations are welcomed. Info: www.arubandonkey.org; (297) 584-1063