“He’s too short, and too ugly to marry,” said Asayo. At first it was thought this “picture bride” was in bad sorts from her long journey from Hiroshima Japan in 1923-but she meant it. 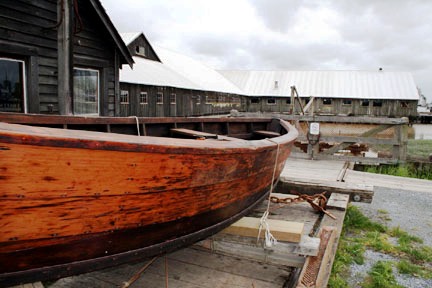 As was the practice of the time, Japanese immigrant workers chose a bride from a picture, and then worked via a matchmaker to arrange her passage to Canada. Refusing to wed this troll-like man, Asayo was obligated to pay back the $250 it cost to bring her to the fishing village of Steveston, British Columbia, which she did by working in a salmon cannery for two years.

Once free as a soaring eagle, she married Otokichi Murakami, a boat builder and fisherman. They moved into the ample home that my husband Rick and I were standing in. My opinion of space changed when our guide Gabrielle said, “Twelve people once lived in this home, with Asayo adding 8 children to the two her widower husband had from his first marriage.” 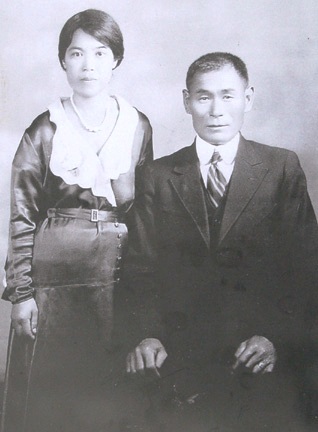 The Murakami house is in the mix of worker’s dwellings, cannery, and boatyard of the Britannia Shipyard National Historic Site, once one of 15 cannery complexes along Steveston’s Cannery Row. This twenty-year project called “How We Live” restored some of B.C.’s oldest shipyard buildings and outfitted them in furnishings and knick-knacks that transported us back to the early 20th century. 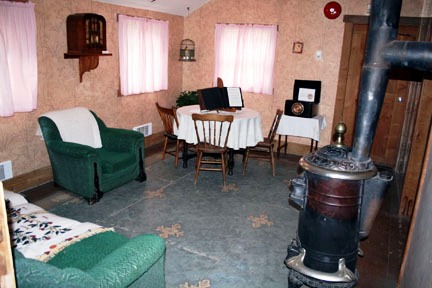 We learned of the segregation by race in housing that also translated into the jobs they were hired for in the cannery. Seventy-five Chinese workers once lived in the looming pale grey two-story building, yet to be restored. A 12-man bunkhouse was filled with paraphernalia of the day; washtubs, lye soap, tins of “Players” smokes, rubber work boots and aprons. This bunkhouse was once home to a dozen Japanese, First Nation (native Canadians), or European men. Married couples lived with their children in homes the size of an average bedroom today. I envisioned the young ones dressing in front of a pot-bellied stove-each home’s standard fixture-during the chilly winter rainy season.

Mrs. Murakami’s unconventional ways must have stirred neighbourhood gossip. She outrageously planted flowers instead of vegetables in her garden, and every Sunday she dressed in her finest, and left the family to fend for themselves while she strolled the afternoon away, and then spent the evening playing her violin. 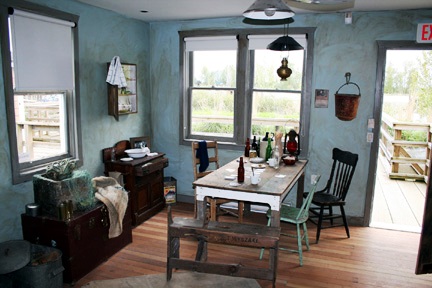 Down the road from the Britannia Shipyards we came to the Gulf of Georgia Cannery (constructed in 1894) where workers chalked up 14-16-hour days when the salmon was running. To avoid spoilage the catch had to be in tin cans within 24 hours from the time they spilled from the fishermen’s nets.

We started at the sizeable door to the dock, where the salmon was brought into the cannery on a conveyor belt, and was sorted by workers wielding hooked instruments called peughs into wooden bins by type-sockeye, pink, coho, chum, steelhead. The fish were then shuttled to the Chinese butchers with “singing knives”, so named for the whssit sound of rapid slashing. Our guide Rob said, “A good butcher could remove the head, tail and degut 4 or 5 fish a minute.” I imagined the stench and the splatter and the odd missing digit. A steam-powered machine called the “Iron Chink” was later developed reducing the time to one fish per second. 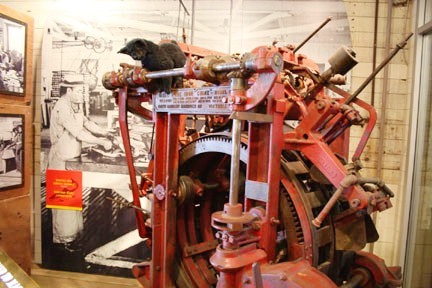 Fish bodies were transferred to a line of mostly Japanese fishermen’s wives. Many with babies on their backs tediously washed the slime and blood from the fish. From here the salmon was whisked along to machines that clanked and clanged in a deafening din to portion-cut, pack the tins and weigh the contents all under the watchful eyes of mostly European women who, if necessary, added or removed a smidgeon of fish to ensure the customers got exactly what they paid for. A pinch of salt and it was on to the “clincher machine” which loosely crimped the lids, ready for the “vacuum closing machine”.

Men took over again as skids loaded with product entered the steam-pressure cookers for 1-1/2 hours at 127° C. The skids were rolled out in retort cars to cool for 24 hours before being labelled, boxed and sent far and wide, England being a key destination. 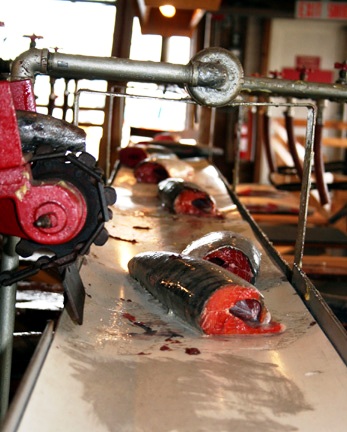 A disastrous crank was thrown into the smooth sailing of the bustling fishing village when in 1913 the Hell’s Gate crisis occurred. During railroad construction a blast of dynamite collapsed a huge amount of rubble into the Fraser River blocking salmon destined to thrash upriver to lay their eggs. With the four-year spawning cycle of salmon, by 1917 the ready supply of salmon to feed the cannery production lines ended, necessitating more distant sourcing.

Salmon canning ceased in the 1930’s, but the plant still operated as a herring reduction plant producing fish meal and oil products until 1979. It was declared a heritage site in 1984, which began ten years of restoration, its museum doors opening to the public in 1994. In 1942 the Murakami family were among those wrongfully forced out of their homes and livelihood and sent to an internment camp. In 1946 they joined their oldest daughter in Alberta and remained there for the rest of their days; Mr. Murakami passed on in 1968 and Mrs. Murakami in 2002 at the age of 104. Two of their children came back to B.C., and it was their son George who assisted in recreating the house he grew up in and the boats his father built. 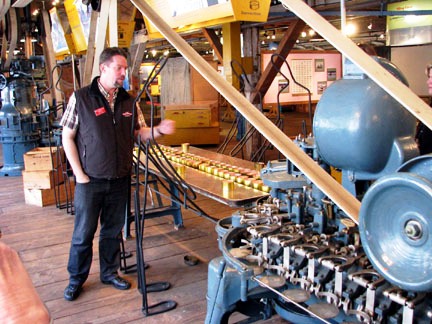 As we sat at an outdoor café at day’s end, I thought of the village’s early inhabitants relishing the same stunning beauty of the sun reflection on shimmering waters and the amber hue of distant mountains. The historic sites left us filled with admiration for these men and women who toiled and raised families through abundant and lean times, their rhythm of life tightly bound to Steveston’s Cannery Row.