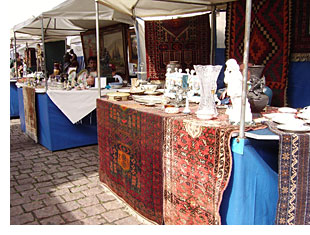 Sao Paulo is the place to feel the pulse of Brazil. It is one of the world’s largest cities and often overshadowed or bypassed tourists in favor of Rio de Janeiro. It may not have the Rio’s beaches but it is the business and cultural center of Brazil. To bypass Sao Paulo is to miss an important aspect of Brazil.

Sao Paulo sprang from humble beginnings to become the largest city in South America. Patio do Colegio is where the city of Sao Paulo started in 1554. The whitewashed Portuguese replica of the school and chapel formed the center of the Jesuit mission, where today the Achieta Museum displays original sculptures by the Guarani, the indigenous people, plus a model of 16th century Sao Paulo.

Sao Paulo may have started with the Portuguese but today it is most culturally diverse city in Brazil, and home to the largest Japanese population outside of Japan. When slavery was abolished in 1888, coffee growers found an alternate source of labor by encouraging Japanese immigration. The Liberdade area has been home to Japanese immigrants since the 1940s. A colorful gateway marks the entrance to the neighborhood with streetlights of Japanese lanterns. The Museum of Japanese Immigration offers a fascinating overview of the Japanese impact on Sao Paulo.

To explore the cultures of South America visit the Memorial to Latin America. A permanent collection highlights popular artwork of Latin America with one of the highlights a high relief map under the glass floor. But the most arresting piece of art is in the vast plaza. Standing virtually alone is Oscar Niemeyer’s hand that bleeds in the shape of Latin America.

At lunchtime rub elbows with the Paulistas at the Central Fruit Market. Try the traditional pastel de bacalhau, (salted cod fish sandwich), for dessert head to the fruit section and pick a typical fruit like coiaba. They will prepare it for immediate eating. On the way out get some amendoim, coated peanuts to munch on rest of day. Take special note of the beautiful stained glass windows.

From antiques to helicopters, like all major cities, Sao Paulo has a shopping experience for everyone. Wander the open market in Praça República checking out antiques and collectibles. Or, head to Daslu where the liveried doorman will open the door to a world that makes conspicuous consumption feel good. Salesgirls look like models and the women in French maid attire keep all the goods looking spiffy. From chocolate to helicopters, Daslu is a one-stop shopping dream. For those everyday items at everyday prices head to one of the many modern malls. 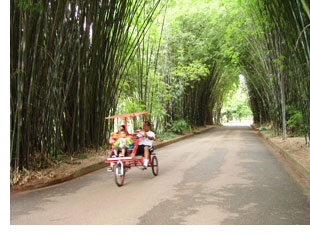 One way to learn about the character of a city is to visit a park. A visit to Ibirapuera Park, Sao Paulo’s Central Park, will exemplify the drive that makes Sao Paulo the country’s business capital. Paulistas are walking, running, riding their bikes with the same determination they take to the office. It also points out the cultural side of Sao Paulo as it is home to the Museum of Contemporary Art and Museum of Modern Art. Concerts in the park are common.

But to really feel the pulse of the people stand in line for ticket at a soccer stadium. Soccer is more than a game. It is a passion that is hard to explain without feeling the excitement of a match.

Sao Paulo is the cultural hub offering a variety of musical nights out. Music is music in any language. From Rolling Stones to the Blues to the symphony there is something for everyone. See your favorite “Broadway” musical – in Portuguese. Jazz it up with a night at Bourbon Street Music Club. Popular American jazz artists are frequent guests. Take note of the guitar signed B.B. King, who has been featured at Bourbon Street several times 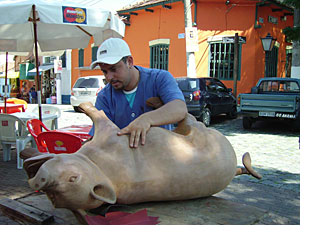 The folkloric district of Embu das Artes, thirty minutes from the center of the Sao Paulo, is a quiet step into the past with the colorful building featuring arts and crafts shops. The floor boards of the old church creak as visitors check the antique religious artworks. The old manual portable organ used for processions is especially interesting.

Visitors will find Sao Paulo a great place to spend a couple of days but for those who devote more than a few days exploring the different neighborhoods will find themselves saying, “I could live here!” Slowly but surely, visitors begin to feel at home in Sao Paulo – it’s that kind of city. The city is easy to get around – except at rush hour. Helicopters flit from building top to building top like dragonflies, but people most use the subway, buses or taxis.

Sao Paulo may lack the beaches of Rio but the museums, theater, shopping, and dining are the best. For a city that is the largest metropolis in South America it is easy to begin to feel like a Paulista.