These days it’s a scenic greenway, and we cycle the thirty-five kilometer trail and eventually cross the Johnson Street Bridge into the heart of old town. During several car-free days, we probe some of Victoria’s beguiling eccentricities.

Many visitors to Victoria head straight for the renowned Royal Provincial Museum to stroll through BC’s past. Across the way, a costumed Queen Victoria and Sir James Douglas guide still other folks through the revered Parliament Buildings…but we venture into the chateau-styled Empress Hotel for a tour and some memorable cups of English tea… 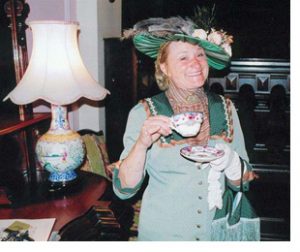 Greeting us at our table in authentic Edwardian traveling suit with hobble skirt, Mandy regales us with intriguing accounts of the hotel’s eventful past.

She points out where ‘official lobby-sitter’ John Roland sat daily for years, never spending a dime. In the magnificent ballroom below, she beams, “The famous David Foster played here as a teenager…just imagine…”

Leah Rogers gave away her entire chocolate fortune, dying penniless. A staff collection buried her like the lady she was.”

When converting dowager accommodations into Romantic Attics during the 1980’s, last dowager Sybil Martin left in a huff…and took a handsome bellman with her to Florida!

Aboard a foot-ferry next morning, we cruise the Gorge Waterway to Point Ellice House, owned and maintained by the O’Reillys for over a century. Today, an audio taped rendition of their staff leads visitors through their originally furnished, authentically restored upper- middle-class home.

The Scottish gardener points out heritage gardens and reflects on local politics and goings on. Showing off hollyhock glades ‘fit for an emperor,’ the houseboy concludes the tour by exalting a stately sequoia, flourishing since 1877. As afternoon tea-drinkers and croquet-players gather on rolling green lawns, we re-board the ferry. 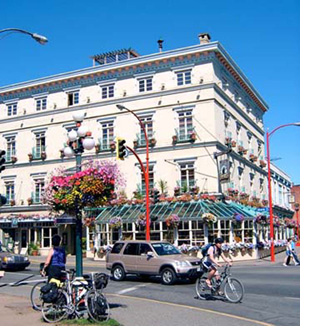 Over 1600 artworks reside at The Swan; Maltwood Gallery exhibits others. Williams died in 2000 and left his entire legacy to the University of Victoria. 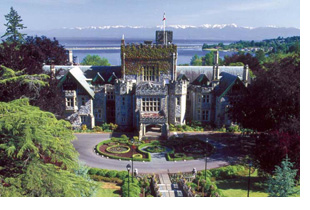 On our last day, the Galloping Goose trail leads us up to James Dunsmuir’s astounding castle on Hatley Park Estate. Like his coal-baron father, he built an Edwardian castle outside downtown Victoria, declaring, “Money doesn’t matter, just build me what I want.”

In the masterfully planned Japanese Gardens, original stone lanterns and bowls rest at shaded bends. Guide Joan reveals some sensory secrets, inviting us to touch satiny-red paper bark maples or listen to ‘dark and light sounds’ in the trickling streamlet and to peek under “splendid foliage-skirts to discover venerable gnarled trunks.”

We learn that James often sneaked off to ‘the island of ten thousand years,’ spending shady afternoons catching plump trout from the peaceful pavilion.

Nowadays a national historic park and administrative centre for Royal Roads University, the original outbuildings house various programs. This magnificent campus boasts a wildlife sanctuary in the saltwater lagoon and an urban forest with over 15 kilometers of nature trails.

Photos by Rick Millikan:
1: Mandy regales us with her stories over High Tea at the Empress Hotel
2: The renowned Swans Holel.
3: Overview of Hatley Castle.

Iconic Empress Hotel www.fairmont.com/empress captures the grandeur of a bygone era. Here you can take a Walkabout Historical Tour with Mandy Kray www.walkabouts.ca

Join John Adams www.discoverthepast.com/discvr/gwalks and his team of guides on ghost tours to Victoria’s spooky places. 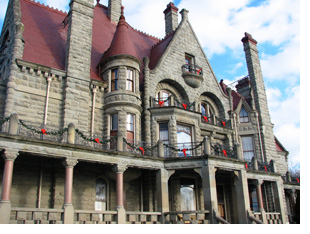 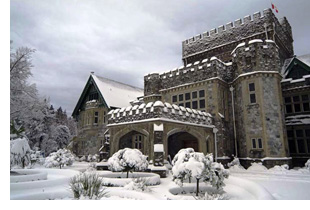 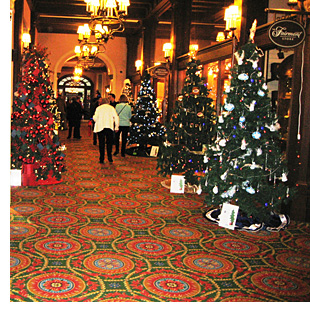 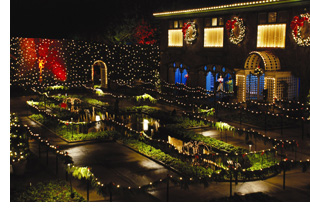 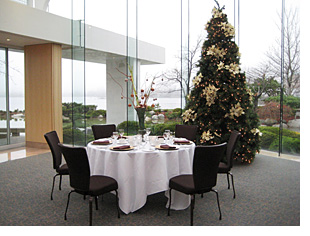